“I’m very sorry, Mr. Shanahan, you have a huge tumor on your pancreas and it doesn’t look good.”

And with that, Brian Shanahan, South Hills resident and managing partner of PCG Capital in Pittsburgh, began a difficult, remarkable and inspiring journey that would test his strength and resolve, challenge his medical team, and defy the odds.

In the spring of 2020, Brian started getting unusual stomach cramps. That was six months after he’d sworn off alcohol and cigarettes, switched to an 80% vegan diet, and began walking ten miles a day, losing 20 pounds from his ex-football player frame.

“A few weeks before my 50th birthday,” Brian recalls, “I was golfing with my brothers, my father, and some friends. I was playing well but feeling bad. My cardiologist brother Jimmy asked what was wrong, and I told him I’d been hurting for four months. Jimmy had me get to the hospital for a bunch of tests.”

That’s when he got the bad news. A procedure called an ERCP that combines x-ray and endoscopy confirmed the diagnosis. A golf ball-sized pancreatic tumor was abutting a vein. He was told to see an oncologist immediately.

Brian went to see Dr. Vincent Reyes, a family friend and his father’s oncologist.  It turns out that this wasn’t the Shanahan family’s first experience with a form of pancreatic cancer. Seven years earlier, Brian’s father had a small tumor on his ampullary duct that was starting to go into his pancreas, causing jaundice. It was Jimmy who urged him to go the hospital, where surgery saved his life.

“Vince said ‘Listen, it doesn’t look so great,’” remembers Brian. “‘You’re probably stage three. As long as the chemo works, we can get you to surgery and hopefully save your life.’”

Halfway through an intensive chemo regimen, Brian met with his surgeon, Dr. Amer Zureikat, MD, UPMC Hillman’s chief of surgical oncology, who delivered more bad news: the tumor was now resting on an artery. Surgery was suddenly a non-starter, for fear he’d bleed out. An operation was only possible if his tumor shrunk by 65%. Chemo had only reduced it by 15%.

“So he switches up the chemo regimen on me,” says Brian. “And now they’re filling me with as much chemo as you can possibly take. I’m praying, taking chemo every week, to get this tumor to shrink.” And then, suddenly, another unexpected twist. “I walk in Amer’s office and he goes, ‘It’s shrunk another 50%. You’ve blown away all expectations. I can get you to surgery now.’”

Brian started feeling better in the spring of 2021 when, after a short break, he underwent five more rounds of chemo to keep the cancer from coming back. His preventative maintenance includes a daily pill that inhibits cancer cell growth. Now in remission, between his walking and healthy diet and supplementation, Brian is doing everything he can to stay cancer-free.

“They say in the first two years there’s an 80% recurrence rate. But once you get to the two-year mark, it flips. So it’s a really big thing that I continue to make it through this year,” he says.

His experience has led him to where he is today, having made a three-million-dollar donation to UPMC Hillman. “They saved my life,” he explains, “because they keep pushing the envelope.”

Brian was instrumental in bringing to life Rush to Crush Cancer, the vision of Robert L. Ferris, MD, PhD and Director of UPMC Hillman Cancer Center to create a community-focused and health-oriented event with the goal of raising money for cancer research. In Brian’s words, “It’s incredibly important to me that we have a recurring, sustainable event that will grow every year and raise funds for cancer research.

“People should participate in Rush to Crush Cancer...whether you give money or participate in this recreational, healthy bike event. Because we’re all connected. Everybody has a cancer story—whether it’s happened to you, a friend, or a relative. So get out there. Train for it. We’re going to inspire people to get in better shape so they can make a commitment to health and ride in the event. Anything you give will not only impact every person in Pittsburgh at some level, it may save your loved one’s life someday.”

As for Brian, his cancer journey has only amplified his generous nature. “Even before cancer, I’d been a giver,” he says, “but with what I went through, I feel empathy I never felt before. I’ll continue to give till the day I die.” 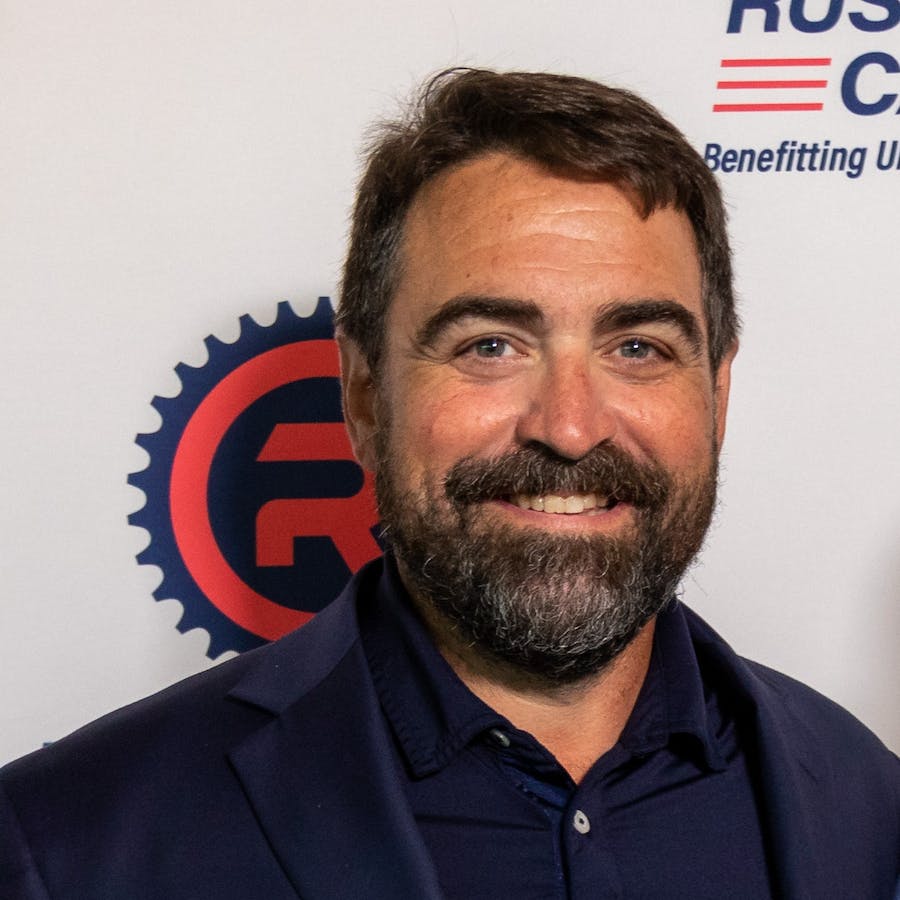